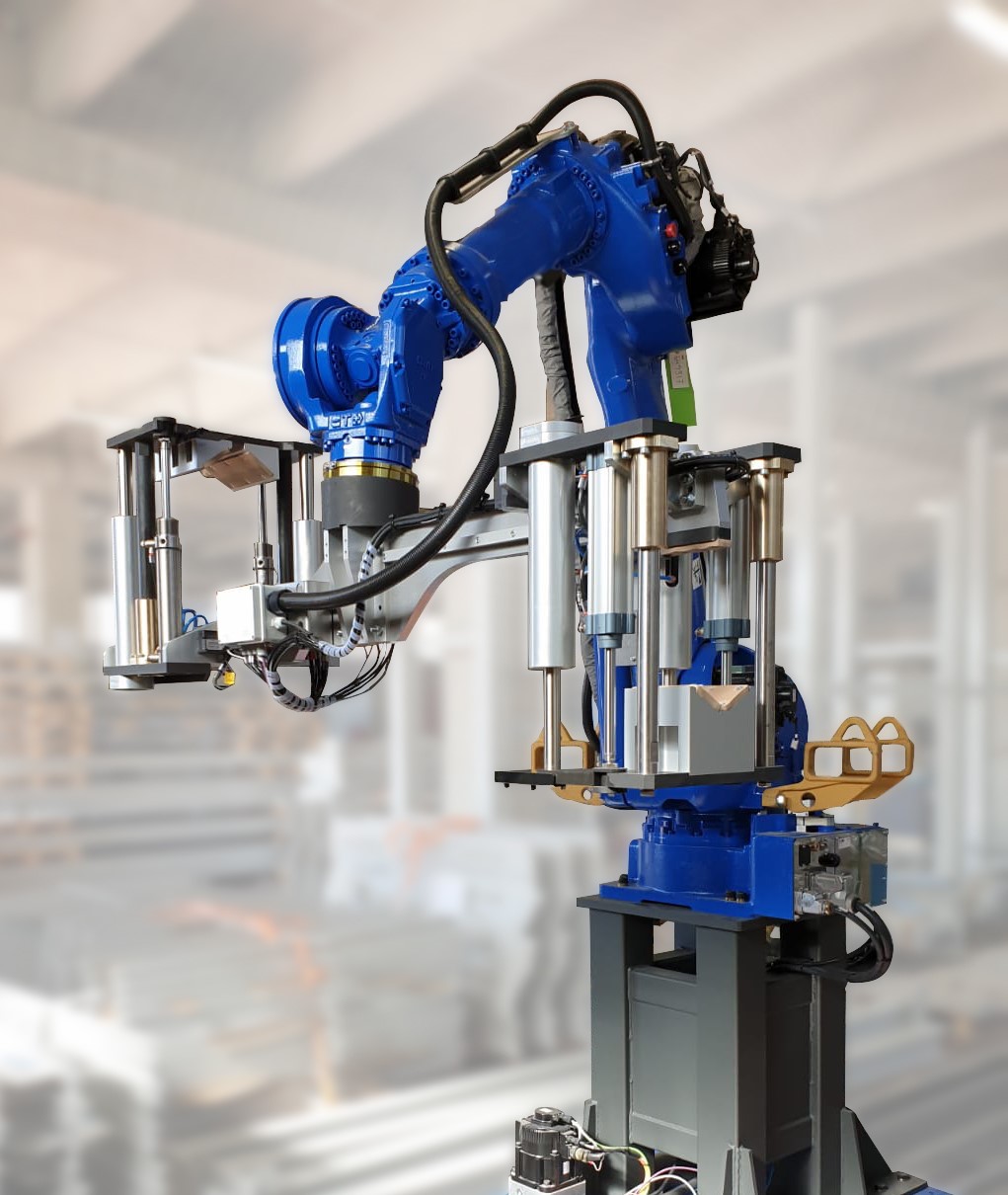 The Italian Institute of Technology (IIT) and Intellimech, a mechatronics research consortium promoted more than 10 years ago by Kilometro Rosso and Confindustria Bergamo aimed at research in the field of advanced technologies, have signed an agreement for the creation of a joint laboratory, called JOiiNT Lab - Robotic Intelligence League Bergamo, which will operate in the field of robotics and mechatronics for industrial applications. The activities that will take place at the Genoese headquarters of IIT and at the Kilometro Rosso campus, where the operational headquarters will be set up in September, have the objective of strengthening the industrial system of the country with innovation, the main driving force to boost the national economy.

Intellimech and IIT are supported in this initiative by Confindustria Bergamo, Kilometro Rosso and the University of Bergamo. In direct support of the joint laboratory there are nine member companies of the Intellimech Consortium: ABB, Brembo, Cosberg, Elettrocablaggi, Fassi, Giovenzana International, SDF, SIAD, Valtellina. The planned investment of 5.2 million euros, of which 1.9 million euros for IIT and 3.3 million euros for the "Bergamo System" - which includes all the subjects involved in the joint laboratory and the nine member companies - will make it possible to count on the commitment of various professionals: 15 researchers and a dozen or so engineers, highly trained specialists and PhD students from Kilometro Rosso and companies, for a total of about 25 total operators who will carry out the activity under the supervision of IIT researchers, working in the field of advanced robotics, involved in the initiative: Antonio Bicchi, Nikolaos Tsagarakis and Arash Ajoudani, some of the IIT Principal Investigators most active in research on advanced robotic systems at international level.

JOiiNT Lab wants to be an environment of technological maturation where IIT technologies and business needs meet. In the context of phase 3 of the health emergency, the joint laboratory is configured as a tool to speed up the innovation process of the industrial system.

Among the first objectives is the development of an embodied artificial intelligence (EAI) platform, which will be applied in the field according to the indications of the companies participating in the project.

Subsequently, proceeding to integrate the most advanced technologies and to enhance them in industrial contexts, it will be possible to develop technologies that will find application in different manufacturing sectors mainly in the following fields: handling, remote control, handling, exoskeletons, vision systems.

One of the activities on which the efforts of the joint initiative will focus will be the development of remote smart working methods for the control of industrial plants so that, in the event of a new health emergency, production activities can be kept active without risks for workers and reducing the negative impact on the economic fabric of the country.

These are the main objectives of the joint laboratory: the identification, development and application of advanced robotics technologies developed by IIT with the aim of transferring them to the technical and productive realities of the "Bergamo System" industrial park; the training of high-level professional figures thanks to the transfer of IIT's scientific and technological skills; the enhancement of the province's hi-tech industry in order to promote its diffusion at national and international level.

An expected effect is also the strengthening of specialist skills and their diffusion by contamination to the whole territorial system. This joint laboratory, eighteenth for IIT, is the second outside the institutional headquarters of the research institute (12 centres in Italy, in addition to the four central laboratories in Genoa) and is unique in size and strategy, making it the ideal base for the projection of IIT towards the support of Lombard and national industry.