The Neapolitan Opera and San Carlo Theatre in Brno

The Friends of Italy Association, the South-Moravian Subsidiary Association in Brno, is holding a lecture and concert titled “The Neapolitan Opera and San Carlo Theatre”
26 Nov 2016 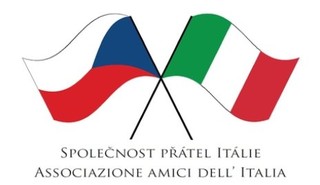 It will take place in the hall of the Governor’s Palace of the Moravian Gallery in Brno on 15 November 2016 at 7 p.m. The Friends of Italy Association is a non-profit citizens association, which was founded in 1990.

Its aim is to help mediate direct contacts between citizens, organisations and institutions of the Czech Republic and Italy. It strives to create conditions for mutual communication in all areas of social life.

When pursuing its goals, the Association cooperates with the Ministry of Foreign Affairs of the Czech Republic and the Embassy of the Italian Republic in Prague. Almost 3,000 members have registered in the Association since it was established.

At present, it operates in 11 subsidiaries with regional activities and the head office in Prague. And the South-Moravian Subsidiary Association in Brno belongs to the most active subsidiaries of the Friends of Italy Association.

The upcoming lecture and concert titled “The Neapolitan Opera and San Carlo Theatre” are also sponsored by SIAD Czech spol. s r.o., which has been running a production plant in Rajhradice near Brno since 2005.