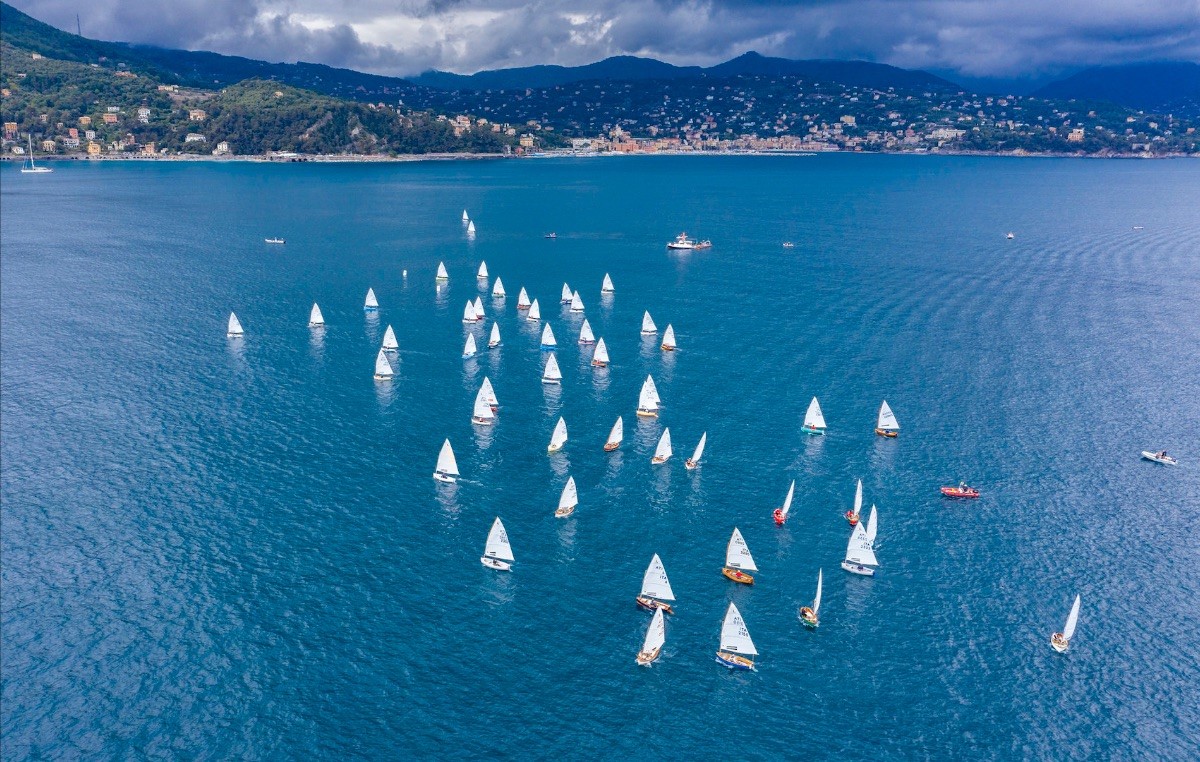 The 2019 Bombola d’Oro goes to the Adriatic, in the hands of Massimo Schiavon, whose skill in the series of races earned him first place in an edition that combined difficult weather conditions, the appeal of an enthusiastic and spectacular reception on shore, and an unforgettable spectacle thanks to the lavish Saturday evening party.

There were four trials in total over the weekend – three of which held on Sunday – allowing the Regatta Committee to draw up the rankings of all the categories in the Siad Trophy. The day was characterised by stable weather conditions, with light winds of 6 knots and a smooth sea.

It was Massimo Schiavon at the helm of Come Minimo who secured the SIAD-Bombola d’Oro Trophy with an excellent series of results (1,1,7,5). Second place went to Blue Amnesia helmed by Federico Pilo Pais (2,4,4,2), who proved his skill in interpreting the wind conditions in the gulf to finish just one point behind the winner. Third place was secured by last year's winner, Francesco Rebaudi, who was hampered by a disappointing start at the helm of Kinnor.

The Giovanni Falck Challenge Trophy, awarded to the team that achieved the best result in the overall ranking, was won by the Adriatic group composed of Massimo Schiavon, Francesco Vidal and Flavio Semenzato.

Flavio Semenzato also won the special draw prize, consisting of a cheque to be devolved to the Fondazione Tender To Nave Italia charitable organization.

The women's title in 2019 went to Francesca Lodigiani sailing Cavallo Indomito with its distinctive red livery.

Attilio Carmagnani won the Challenge Master 65 Trophy flying the YCI pennant and turned out a fabulous fourth race – fourth overall. There was also a fantastic result for Gaetano Allodi, whose exceptional turn of speed at the helm of Bonaldhino gained him the Super Master Over 75 prize.

The Legend Over 80 category was won by 1937 veteran Franco Damonte, while the Coppa Allievi, up for grabs for the first time ever at the "Bombolino", went to the best under-30s sailor, Luca Cazzaniga aboard Piano B.

From fiberglass to wood: the SIAD-Bombola d'Argento Trophy for classic boats was awarded to Alberto Patrone with Damina, followed by Fabio Mangione with Nashira and Stefano Puzzarini with Maxima.

The three-day event at sea and on shore was completed perfectly with the traditional SIAD gala evening. For the festivities, host Roberto Sestini gathered together 470 guests in Portofino's famous piazzetta for a unique banquet that brought triumphant results for all the restaurants in the "Perla del Tigullio": all were decked out in gala style in the distinctive colours of the Bergamo-based business, and they all shared the same fit-outs and offered the same menu, consisting exclusively of proudly local Ligurian cuisine. The result was an alternation of superb freshly caught fish delicacies with delicious pesto sauce dishes, all gracefully accompanied by a refreshing Vermentino from the nearby terraced vineyards. Towards the evening there was one more treat in store, with the 10.30 pm start of 'Andar per Mare', a performance developed by Studio Festi and directed by Monica Maimone that created quite a stir among the guests. Gathered in the centre of the square, the audience was taken on a dreamlike journey played out in shades of light with fleeting visions of artistes performing on the water-level stage, culminating in an outburst of rapturous applause when a fantastic tall ship suspended from a hot-air-balloon decorated to resemble planet Earth actually "landed" amongst the fishing boats riding at anchor in the bay.