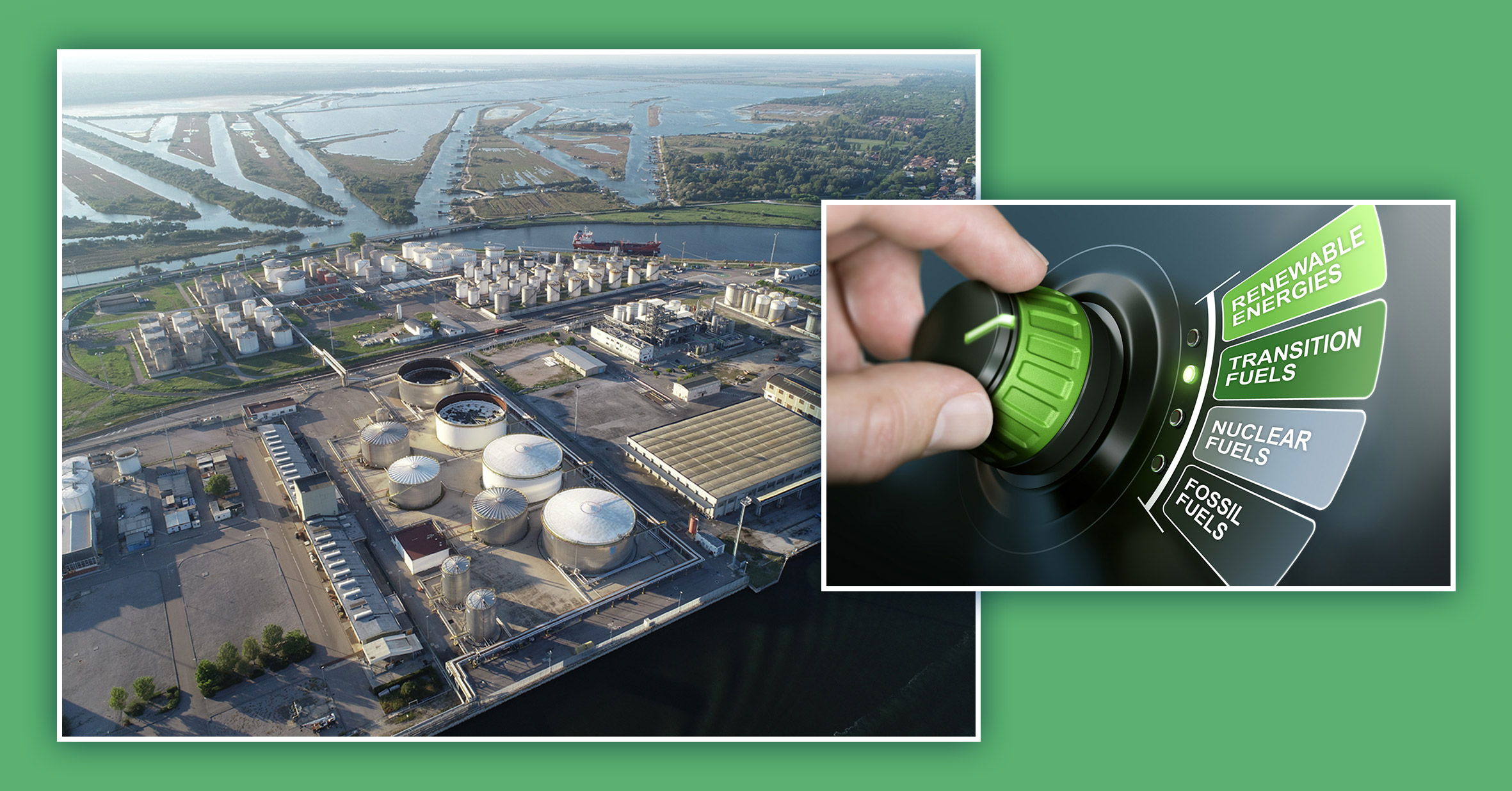 Italy's first liquefied natural gas (LNG) coastal deposit, built by Depositi Italiani GNL S.p.A. ( a joint venture between Gruppo P.I.R. and EDISON), will become operational in 2021. Located in the Port of Ravenna, in the Porto Corsini area, the deposit represents an outstanding opportunity for Italy, a new source of supply of LNG (Liquefied Natural Gas), essential to reach the greenhouse gas emission reduction targets, especially in the heavy-duty and maritime transport sectors.

The facility will have a capacity of 20,000 cubic meters of LNG and an annual handling capacity of more than 1 million cubic meters of LNG, which will be used as alternative sustainable fuel in the heavy-duty and maritime transport sectors: the facility’s capacity will enable it to handle enough LNG to supply at least 12,000 trucks and approximately 50 ferries every year. It is estimated that during the life cycle of this project which is expected to start operating in the second half of 2021, it will prevent the production of 6 million tons of CO2.

Because of its location, the deposit will have a tangible impact on ship bunkering activities in the entire Northern Adriatic area and will also be an excellent endorsement for extending the Green Port project to Ravenna’s entire port area.

SIAD Macchine Impianti (SIAD MI) was chosen to design and install a SMART LNG system to re-liquefy evaporated gas (Boil-Off-Gas – BOG) from the tanks of the coastal deposit. Once reconverted into a liquid state through a nitrogen recycling refrigeration system, the retrieved gas will be re-introduced into the deposit’s tanks, with zero emissions in the atmosphere, through a closed circuit that has no impact on the environment.

SIAD MI is also involved in the provision of cryogenic compressor packages - BOG compressors - to be installed to manage the Boil-Off-Gas during the unloading stages of LNG cargo ships, when LNG is transferred from the ships’ storage tanks to the deposit’s tanks.

SIAD MI was not just selected by chance to supply this type of system : the Bergamo-based company boasts extensive and consolidated experience in the LNG systems sector, thanks to the significant expertise acquired as a result of being part of the SIAD Group (formed by companies which operate in the Industrial Gas, Engineering, Healthcare, LPG and Natural Gas sectors). This factor, combined with a substantial engineering knowledge in component selection, ensures that the systems built by SIAD MI are the epitome of reliability and efficiency, which is why the company has been assigned important projects in Europe and throughout the world.

In Italy, as in the rest of Europe, the market for LNG as an alternative fuel is still relatively new but since 2014 it has been developing quickly, especially in the heavy-duty road and maritime transport sectors: the construction of infrastructures of this capability will undoubtedly help the rapid expansion of this type of fuel in Italy, significantly contributing to building an eco-sustainable future both on land and at sea.